Daily Mail: Being gay IS in your genes, say scientists in controversial new DNA study

Story in the Daily Mail: 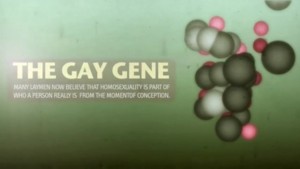 Being gay could be in the DNA.

Scientists have found two stretches of DNA linked to homosexuality in men.

The confirmation of the existence of a ‘gay gene’ or genes will strengthen arguments that homosexuality is a matter of biology, rather than choice.

However, it also raises the prospect of a genetic test that could be used by insurance companies to discriminate against clients or by pregnant women to abort gay babies.

In the study, Chicago University researchers analysed the DNA of more than 400 pairs of gay brothers, recruited at Gay Pride festivals at marches over several years.

Sexual orientation is not a choice and the science is increasingly making this clear. Here is more on the study and an exclusive interview I did with the lead scientist: