On The Global Stage, The LGBT Movement Must Be More Strategic and Less Myopic

Mitt Romney endured harsh criticism during the presidential campaign for his provocative appraisal of Russia. In an interview with CNN’s Wolf Blitzer, he stated: 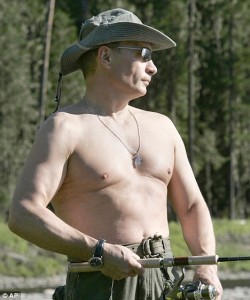 “This [Russia] is without question our No. 1 geopolitical foe. They fight for every cause for the world’s worst actors.”

Given his “Father Knows Best” image, it was easy to condemn Romney as a relic who didn’t grasp that the Cold War had ended. It turns out that Romney was correct. The Russian bear is more grizzly than Teddy, and has become a pathological hybrid between the puritanical Family Research Council and the old Soviet Union. Given this unsettling new reality, it seems that declarations of Cold War victory may have been premature. After all, Putin is a corrupt former KGB official who is cracking down on civil liberties, with a particular vengeance against gay and lesbian people.

Putin is also using brute force against his neighbors to cobble together a new sphere of influence called the Customs Union. The goal of this dangerous political entity is to serve as a global counterweight to the United States and the European Union.

Until recently, the Customs Union (CU) was hardly worth worrying about – considering it consisted of Russia, Belarus and Kazakhstan, with former Soviet also-rans, Armenia and Kyrgyzstan, poised to sign up. To the West, this weak economic partnership was the equivalent of a suburban shopping mall anchored by Dollar General and Payless Shoes – while the US and EU represented glitzy Rodeo Drive in Beverly Hills.

The International Monetary Fund reported that Customs Union output was $2.3 trillion in 2012, compared with $16.6 trillion for the EU. Obviously, no self-respecting country that aspired to political freedom and economic prosperity would want to link hands with Putin. Thus, the dictator resorted to outright intimidation of neighbors.

For example, Russian deputy prime minister, Dmitri O. Rogozin, cautioned that it would be “a grave mistake” for Moldova to form a closer relationship with Europe. The official warned that if Moldova didn’t embrace Russia, it might cut off gas shipments, which Moldova needs for heating its homes. “We hope that you will not freeze,” said Rogozin.

Even after intimidating its neighbors, Russia’s greater aspirations were stymied by the weakness of its partnerships. However, Russia’s future prospects dramatically changed overnight when it pressured Ukraine into its camp.

Ukraine’s economic output is a paltry $176 billion. But it provides 46 million in population to the CU – which is a lot of potential consumers for goods and services. (A CU with Ukraine would have a total population of about 215 million people, while the EU’s 28-member population is roughly 507 million people.)

When he ran for office, Ukraine President Viktor F. Yanukovich promised substantial steps toward integrating with Europe. He backtracked and instead moved towards Russia, setting off a political storm that has turned violent. This week, protesters attacked police with pipes, large cobblestones the size of soccer balls, and firebombs, injuring 70 officers.
What is particularly galling is that a key factor in moving Ukraine away from the West was a $15 billion economic bailout from Russia. While it sounds like a lot of money, in geopolitical terms it is a rounding error. For example, a single Gerald R. Ford-class aircraft carrier that we may need to deploy to monitor a resurgent Russia cost $9 billion.

It was penny wise and pound foolish to surrender Ukraine for pocket change. Freedom loving Ukrainians are willing to stand in the freezing cold weather to protest, while police fire 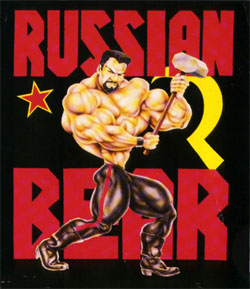 water cannons. Yet, the West can’t dip into the piggy bank to find pennies to stop the alarming giveaway of a key nation to a totalitarian force for evil?

The increasingly violent protests may change the calculus for Yanukovich, who could reverse course and pivot to the West. However, if Moscow holds on to Ukraine by using force to cow demonstrators, the unconscionable surrendering of Ukraine may  go down as one of Obama and the EU’s biggest historical blunders.

In terms of LGBT rights, an eastern focused Ukraine is a disaster. Had they moved West, over a period of time (a few decades), attitudes would have certainly shifted in favor of equality. A Ukraine that exists in Russia’s back pocket will surely become more hostile to its LGBT citizens. Instead of isolating Russia and its backward human rights policies, we have emboldened them by allowing westward expansion.

LGBT advocates in the United States have to become more sophisticated. It is no longer enough to myopically focus on gay issues. If we truly wanted to wound Putin, we would have lobbied to ensure Ukraine remained in the West’s orbit. It is time take a page from our foes and strategically look beyond our shores if we hope solidify our victories at home and ensure the dignity of LGBT people abroad.