Truth Wins Out is a 501 (c)3 non-profit organization that educates the world on the harm caused by destructive “ex-gay” conversion programs, while fighting to eliminate anti-LGBTQ prejudice and discrimination. We believe that genuine freedom and contentment derive from authenticity and living one’s truth.

When LGBTQ people come out, they are met by different reactions from friends and family. A healthy response is love 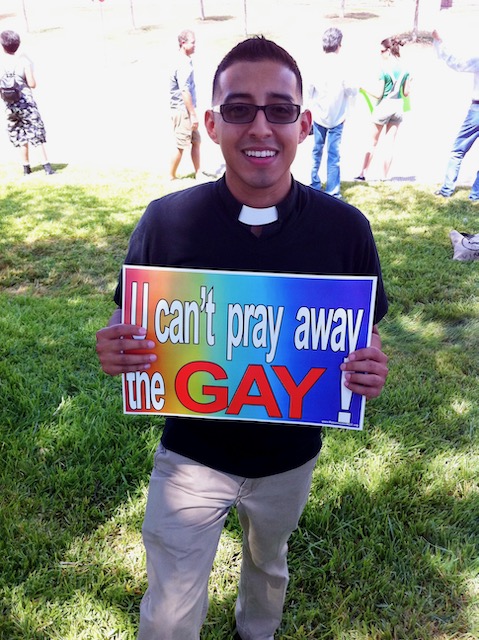 and acceptance, which allows people, particularly LGBTQ youth, to grow and thrive in an affirming environment, free from unnecessary guilt, hostility, shame and discrimination. Sometimes, coming out causes loved ones to panic and get lost in a fog of pain, fear and confusion. Unfortunately, in these moments of crisis, there are unscrupulous charlatans who try to exploit these situations. These con artists will peddle fraudulent “ex-gay” products and dangerous conversion programs that offer false hope, bogus “cures” and empty promises. If you give them your hard-earned dollars, they swear, without evidence, that they can produce “change”.

“Ex-gay” ministries and conversion therapists also try to persuade LGBTQ people that they are sick and sinful, which is not true. They use scare tactics to grossly distort the lives of LGBTQ people by falsely portraying them as unhappy and unhealthy. The “ex-gay” industry will say virtually anything to convince potential clients to buy their products, attend their ministries or force children into secluded bootcamps.

Since 2006, Truth Wins Out has provided facts to counter “ex-gay” fiction, and used truth to fight this insidious form of psychological torture. We step into the void to provide state-of-the art, multimedia resources that equip people with accurate information to ensure they steer clear of failed “ex-gay” conversion programs.

The organization tells the moving stories of “ex-gay” survivors who have personally endured abusive ministries and quack therapists. Truth Wins Out provides testimony from former “ex-gay” leaders who now say their previous efforts never worked and destroyed lives. We share the plight of spouses who married “ex-gays”, only to have their marriages collapse when the promised “cure” failed. The organization creates platforms for medical and mental health experts, as well as scientists, so they can explain how conversion programs are ineffective and scientifically bankrupt. We expose “ex-gay” conversion leaders as hypocrites and frauds, by proving that they really haven’t “changed”. Truth Wins Out fights “ex-gay” therapy worldwide and in several languages. When necessary, we organize protests against “ex-gay” events and provide education seminars. And, we successfully advocate for our cause in top media outlets including The New York Times, The Wall Street Journal, The Washington Post, CNN and MSNBC.

Why We Do It

Getting this right is critically important to the mental health and well-being of LGBTQ people. In 2009, San Francisco State researcher Dr. Caitlin Ryan published a study that found: “LGBT teens who were highly rejected by their families were 8 times more likely to have attempted suicide, 6 times as vulnerable to severe depression, and 3 times more likely to use drugs.” In 2018, Dr. Ryan published another study that discovered: “Parent-initiated attempts to change participant’s sexual orientation during adolescence were associated with more negative mental 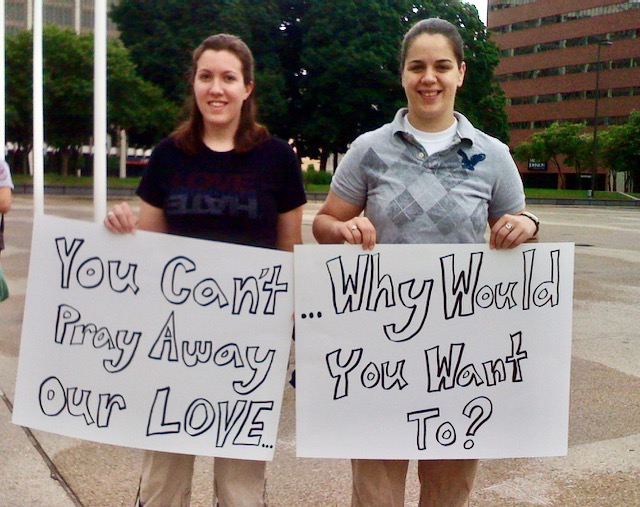 Truth Wins Out is in the vanguard of fighting “ex-gay” conversion programs. Please join our important, life saving efforts today. Help us ensure that LGBTQ youth are taught to love themselves and live their truth — without having to suffer through dangerous programs that try to change who they are. Together, we can win this fight and stop the menace of “ex-gay” conversion therapy.

Help us shut down "ex-gay" conversion therapy centers that prey on LGBT people.