Did PFOX Lie About Lawsuit?

Truth Wins Out (TWO) today called on Parents and Friends of “Ex-Gays’ (PFOX) to clarify whether it actually filed a frivolous lawsuit against the Washington,

Times of London Gets It Right On ‘Ex-Gay’ Myth

By Wayne Besen In one of the best articles on the ex-gay myth in years, the Times of London captured the true essence of these

From the John Selig Outspoken Podcast: Wayne Besen discuses his latest work with Truth Wins Out in protesting “Ex-Gay” therapy including a recent trip to

It has been 10 years since Matthew Shepard was savagely murdered. Shepard was the University of Wyoming student who was brutally beaten and left to

TWO Calls On Sarah To End Silence On ‘Ex-Gay’ Conference

Contact: Wayne Besen, 917.691.5118 Truth Wins Out Calls On Sarah Palin To Comment On Her Church’ Support of “Pray Away The Gay’ Conference Coalition To 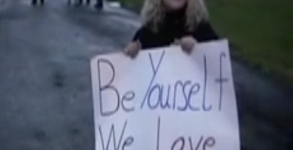 TWO In Alaska To Counter Love Won Out Conference

BACKGROUND: “We Will Stop Focus on the Family’ Destructive Lies Wherever They Are Spread,’ Says TWO Truth Wins Out’s founder, Wayne Besen, will speak at

PFOX Pledges To get ‘Ex-Gay’ Books In Schools

The group Parents and Friends of Ex-Gays is working overtime to get lies into public libraries. Our friends at Queerty said today that PFOX was

A House Party With No Closets!

This weekend I attended the National Lesbian and Gay Journalist Association meeting in DC. On Friday evening I went to an exciting party. There were