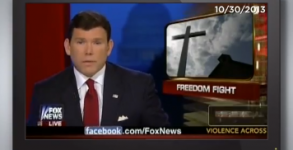 The Traditional Values Coalition’s linking of ENDA to “religious liberty” and children — illogical, disingenuous and disgusting as it is — still resonates with voters

When Wayne went to the extremist Awakening conference, Matt Barber and Andrea Lafferty acted as if there was much ado about nothing, since all Wayne

For the past two days I observed The Awakening, a two day extremist conference that took place at Liberty University in Lynchburg, VA. In-depth commentary

In a piece protesting the fact that the U.S. Tax Court ruled that a transgender woman may deduct the cost of her sexual reassignment surgery

By Wayne Besen “What is it about gay sex that makes U.S. health officials want to play Chicken Little with AIDS prevention and public safety?”