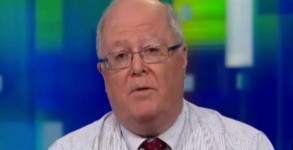 Bill Donohue, Flailing In The Wind, Demands That Bill Maher’s Show Be Cancelled