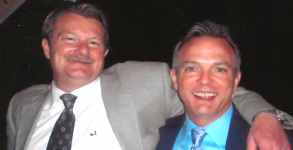 ‘We Are Better Together Than We Are Separate’

Minnesota isn’t the only state facing a push to write marriage discrimination into its state constitution this year. The same battle is playing out in

Great news! Proposition 8 was again ruled unconstitutional today by the U.S. Ninth Circuit Court of Appeals in California. This is great news for LGBT

It comes from Lyle Denniston at the SCOTUSblog.  The whole thing is an interesting read, but I wanted to highlight this: If there was a

Misogyny is entrenched in both the Protestant and Catholic forms of conservative Christian faith. Indeed, the Catholic Church remains a fully misogynistic force, committed to

Ted Olson is a bit of a superstar in the gay rights world right now, and quite rightly.  It’s useful to remember two things, though:

From Think Progress: You need to a flashplayer enabled browser to view this YouTube video David Boies on Face the Nation

The Movable Middle and The Move To Madness

Weekly Column If there is one term the gay and lesbian movement should consider banishing it is “movable middle”, which refers to fence sitting heterosexuals

Maggie Gallagher Is VERY Sad About the Prop 8 Trial

Pass this woman a box of tissue, please, for we do not want her staining our linens with her salty bigot tears: This week, the

On ‘Citizens United,’ Religious Right Simply Doesn’t Get It

Yesterday, the Supreme Court broke America. That may be a little bit hyperbolic, but not by much. If you’re a bit confused about the repercussions