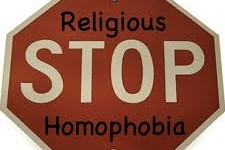 It Wasn’t A Choice: The Perfect Storm, Part 3

As Brian at Right Wing Watch points out, the idea that reparative therapy is a discredited and ineffective practice is nothing new. Mainstream researchers have

It always sneaks up on me because down South, so many of our Pride celebrations have been moved to the month of October, due to

FRC Lied about CDC Study of Upbringing and Sexual Orientation

Due to unexpected Volcanic Activity in Iceland The Event Has Been Postponed New Date of Event TBA FOR IMMEDIATE RELEASE Contact: Wayne Besen Phone: 917-691-5118

Where Gays Are Concerned, CNN Treats Science as an Afterthought

Two days after CNN uncritically aired the disbarred ex-gay therapist Richard Cohen as an expert on sexual orientation, the network finally aired a response from

When pop singer and UNICEF Goodwill Ambassador Ricky Martin disclosed Monday that he is a “fortunate homosexual man,” responses ranged from sincere congratulations to “what

A Quick Primer on “Ex-Gays” and Anti-Discrimination Laws