It's hard to tell whether he's being intentionally obtuse 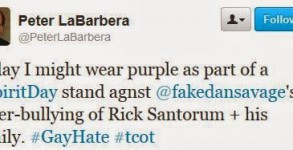 He's, of course, not doing it for gay kids 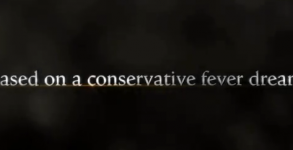 ‘WORLD WAR G’ — Based On A Conservative Fever Dream

An action film based on the darkest nightmares of fundamentalists 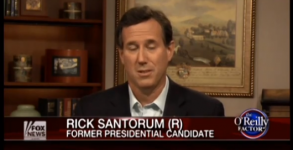 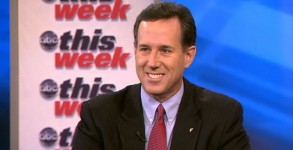 Rick Santorum Is A Dead End For The Republican Party

Rick Santorum would happily bring down the entire GOP if he doesn't get his way on marriage equality. 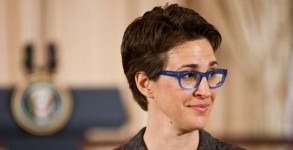 Rick Santorum writes for website that caters to crazies

Frothy Mix fulminated against Obama at the Values Voter Summit today in Washington, DC. He accused the president — you know the one who whacked

Chicken And Santorum, Together At Last

Jennifer Rubin, one of the many conservative columnists at the Washington Post, is just appalled at the Religious Right reaction to Mitt Romney’s hiring of