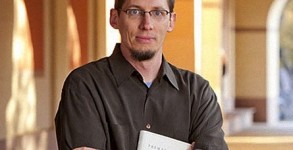 A thoroughly discredited anti-gay parenting study takes a devastating hit with documents revealing it was political, not academic

FRC Lied about CDC Study of Upbringing and Sexual Orientation

The American Academy of Pediatrics (AAP), a medical professional organization of 60,000 pediatricians, has joined a chorus of criticism against an antigay Christian Right political

In 2007, Mark Yarhouse of Pat Robertson’s Regent University co-wrote an informal study of ex-gay therapy. The study was funded by Exodus International — the

NARTH: Rubbish in the Guise of Research

In a brazen effort to preempt an American Psychological Association report on human sexuality, scheduled for release in August, an anti-gay organization unveiled its own

Key Ex-Gay Research May Have Been Faked, Says Scientific American

Exodus International was founded in 1976 by gay Christian men who, at the time, were unhappy with their sexual orientation and eager to believe antigay

The second researcher in less than a week has confirmed that the religious-right American Family Association and its allies lied about research regarding sexual orientation.