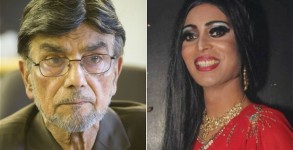 Here’s the latest example of religious fanaticism run amok, this time in Mexico: according to a report from the Associated Press, a fringe, unrecognized sect

As a child of the 1990s who grew up watching Bill Nye the Science Guy, this story pretty much made my day: In a clip

Politically obsessed liberals are probably aware that Markos Moulitsas has a new book out, American Taliban, about the similarities between Islamic extremists and American Christian

The American Family Association continues to show that they have lost any semblance of a moral compass, if indeed they ever had one in the

In a harsh rebuke of the increasingly extreme United States Conference of Catholic Bishops, a major Catholic health group backed the Senate’s health-care compromise on