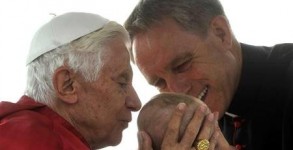 The media hyperventilates over the conclave, but it will do little to change the odious culture of perversion and corruption that has ensnared the Church 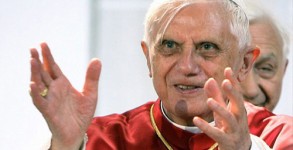 Breaking: Pope Quit Because of Inquiry into Blackmail of Vatican Gay Officials 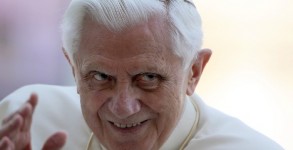 Pope Benedict squandered his big Christmas address to declare war on the gay community. It will boomerang

If there was any doubt that homophobic bigotry is the official institutional policy of the Roman Catholic Church, there cannot be any longer. National Public

(Weekly Column) The Roman Catholic Church’s toxic obsession with homosexuality manifests itself in countless ways. The most recent anti-gay outburst came from the Chicago Archbishop,

It was bad enough that Pope Benedict XVI’s visit to Madrid cost $72 million dollars during a worldwide economic downturn. (I don’t understand why it