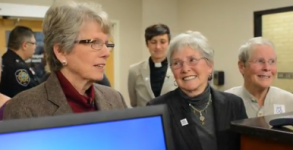 Drew Reisinger, Buncombe County's registrar of deeds, is to be commended for taking a stand 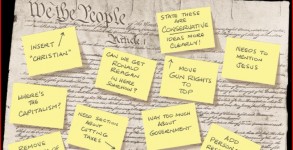 You'll be astonished by the putrid bigotry and mind-numbing stupidity. Presenting to you, dear folks, our opponents

We’re still on this Pastor Worley thing. Hopefully it will be over soon. However, here are two clips that are interesting to watch back to

Bigot Appalled By Other Bigot’s Bigotry

Or, as Joe headlined this: Pastor “Beat Gay Kids” Denounces Pastor “Put Them In Concentration Camps” It’s one thing to beat the gay out of

In 1978, Pastor Worley Waxed Nostalgic About Days When Homosexuals Would Have Been “Hung From A White Oak Tree”

This month, Pastor Charles L. Worley preached about rounding up all the gays and lesbians and placing them in a concentration camp so that they

(Weekly Column) There has been much talk about a potential backlash at the polls against President Barack Obama for his endorsement of gay marriage. But

Here is another video that will make you laugh, will horrify you, or possibly both. This guy, this pastor Charles L. Worley of the Providence

This guy, as the Rude Pundit points out, thinks it’s okay to fire people for being gay: Wow, James. You are as ignorant as you

A North Carolina Map That Says It All

It seems painfully simplistic sometimes to merely point out that, the more educated people are, the more likely they are to support marriage equality, and