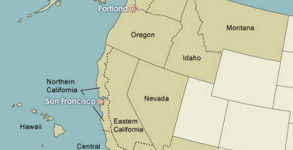 The Liberty Counsel has appealed to the Supreme Court

Jim Burroway has reproduced an interesting exchange from the Ninth Circuit’s ruling denying an en banc hearing for the Prop 8 case. Three of the judges

Quick recap: The Ninth Circuit heard the appeal by proponents of Prop 8 in Perry v. Schwarzenegger, in which the original ruling found Proposition 8

As many expected, the proponents of Proposition 8 are delaying their ultimate loss as long as they possibly can by asking for a full en

Here is the conclusion to the ruling just issued by the California Supreme Court: Therefore, the Ninth Circuit will now rule on the merits of

An interesting case is unfolding in the Ninth Circuit right now, involving a lesbian who was dismissed from a jury for a case involving homosexuality:

More good news.  Though Don’t Ask, Don’t Tell has technically been repealed, as we all know, there has been an injunction in place essentially preserving

Well, this is too bad: Filed order (STEPHEN R. REINHARDT, MICHAEL DALY HAWKINS and N. RANDY SMITH) Having considered all of the factors set forth

I’m starting to get the feeling that the Religious Right is going to be on permanent Code Red Pout-rage alert from now on, because this

False alarm, y’all. The Ninth Circuit has just issued an “Order Certifying a Question to the Supreme Court of California,” essentially punting the question of