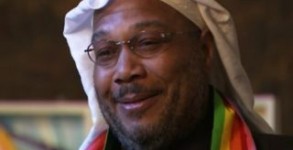 In Popularity Contest, Teabaggers Approximately as Beloved as Herpes*

Totally funny story from Think Progress: The debt ceiling deal has left the Tea Party more disliked than ever, as a recent New York Times

There is a tendency among many Americans, even some on the Left and in the gay community, to write the Islamic world off in a

No snarking necessary, as it would just be cruel.  I can’t imagine what it’s like to attempt to fall asleep as Bradlee Dean of the

Minorities Standing Up For Each Other — It Goes Both Ways

I just stumbled across a really neat piece from a Muslim American author and activist named Melody Moezzi, where she takes the position that, despite

‘God Hates the Koran for Being a Fag Day’

I haven’t had the desire to talk about Rev. Terry Jones and his “Let’s Burn Korans” nonsense, because I’m just sort of burned out on

If you’re not familiar with Greg Gutfeld, I don’t blame you.  Most of us would rather do anything else in the known universe than watch

Hotty toddy godalmighty, we haven’t visited Peter in a while, have we? Let’s jump in the crazy pool: The Homosexual Activist Movement, aided and abetted