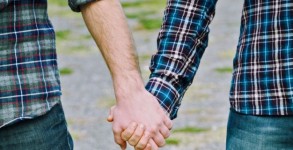 In this new up-is-down world, anti-gay religious folks are 'practicing their faith' when they're baking cakes

We know that the people who run the National Organization for Marriage are nothing if not flaming, dishonest hypocrites. That’s a given. But it’s a

Gay Kids in the System: When Will It Get Better For Them?

Oh, this is so entertaining.  From Mother Jones: Rick Santorum would very much like to be president. For the past few years, he has been