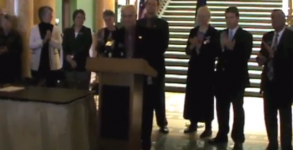 Montana’s Sodomy Law Is No More

It was obsolete and unenforceable, but it's good to get old, stupid laws off the books 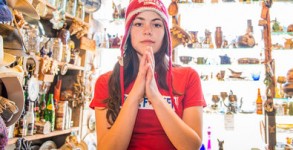 The GOP's obsession over gay bashing is turning off students, who are emerging as a big voting constituency. Historically, these voters are unlikely to return

Perhaps Shelby County in Tennessee started a trend. Joe alerts us to the fact that, in the past weekend, the state Democratic party chapters of

Uh-oh!  So this happened a couple of months ago: Yesterday, Teabagger Republican Representative Kristen Hansen introduced HB516, which would repeal all statewide or local ordinances

So here is a thing!  You see, in the great state of Montana, they still have laws on the books saying that the gay sex

Montana and Indiana Are Being Ridiculous

In Indiana, the state Senate has just passed a bill 40-10 to ban marriage for gays and lesbians.  The House passed it a few weeks

This is what happens when you let bigots have the keys to the state house: HELENA – The House took the first steps Tuesday toward

Slow news day, so let’s re-cap the week and then listen to music. The Log Cabin Republicans have defeated Don’t Ask Don’t Tell, at least

Yet Another Montana GOP Candidate Is Sorry For Being Homophobe

What is it with Montana this week?  First we had the whole brouhaha over Tea Party leader Tim Ravndal, who pled ignorance to the jokes

Meet Kristi Allen-Gailushas, the Montana GOP Candidate Who Would Like to War With the Gays

I was about to stop writing for the day, but then I saw this and started laughing, so I had to post on it. Let