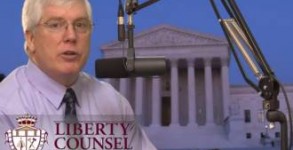 And then he and Mike Huckabee kill a strawman together, multiple times 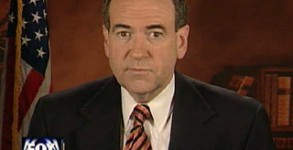 Video: Mike Huckabee Seems to Warn Values Voters of Hell Fire If They Vote For Obama

The Huffington Post writes: Mike Huckabee has a dire warning for Christians: When you vote on Nov. 6, hell’s fire awaits, and a vote for

Chicken And Santorum, Together At Last

Weekly Column In 1993, Washington Post writer Michael Weisskopf infuriated evangelical Christians when he described them in a front-page news story as “poor, uneducated and

You need to a flashplayer enabled browser to view this YouTube video Truth Wins Out Confronts Divisive, Homophobic Event By Setting the Record Straight with

Equality Matters is providing us with a little flashback today, to a 2007 interview Mike Huckabee did on Fox News Sunday: They point out that

Mike Huckabee Is Mad At That Murphy Brown Lady!