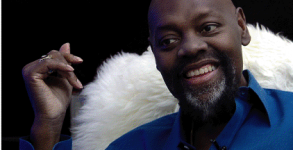 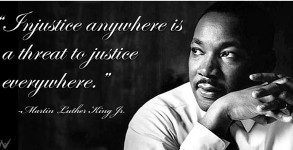 Looking back on the legacy of Dr. Martin Luther King, Jr. on the 45th anniversary of his assassination

Bryan Fischer, whose radio program is one of the most tedious, yet unintentionally hilarious ways to pass the time when you’re stopped in traffic for

Please, readers, go check out our friend Alvin’s response to Alveda King’s disgusting words over the past few days. It’s all wonderful, but this little

Lookie there, you all get two Random Ten’s this week, because I didn’t have time on Friday afternoon. So it’s technically the end of the

Here is Keith Ratliff, the pastor of the Maple Street Missionary Baptist Church in Des Moines, speaking to some sort of anti-gay rally in Iowa,

They sure know how to pick ’em in Alabammy, don’t they? Gov.-elect Robert Bentley in a speech at a Baptist church this afternoon said he

Battle Hymn of the Alaskan Snow-Billy

There are people in this country who think that Sarah Palin is, like, just as important as Martin Luther King, Jr.  Actually, the people who