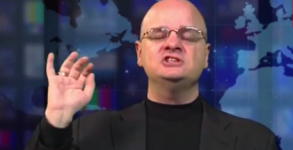 Wingnuts will believe anything, and they will also lie about anything

A Homecoming Kiss for a Gay Marine

Love looks like what it looks like, and it is beautiful. Sgt. Brandon Morgan kisses his partner Dalan Wells upon arriving home in Hawai’i. Here’s

Sky Did Not Fall When DADT Was Repealed, Military Reports

Yet again, the Religious Right has wasted American time, money and oxygen lying and complaining about our society becoming more open and accepting, in this

Ding dong, Don’t Ask Don’t Tell really is dead. The Marines showed up with a booth at a Pride event in Pasadena, California: With the

Top Marine NCO Explains How to Deal with DADT Repeal: “Get Over It.”

Oh, it is so nice, at the end of certain culture war battles, battles where we as LGBT writers and activists have to deal with

Marine Commander: DADT Repeal Won’t Be More Than A ‘Blip’

Marine Corps Commandant James Amos was originally the most steadfast opponents of DADT repeal, but he seems to have taken a turn for the adult,

This is more like it: “Fidelity is the essence of the United States Marine Corps. Above all else, we are loyal to the Constitution, our

An active duty infantry officer, Nathan Cox, has a piece in the Washington Post today, and he brings up some really interesting points that might