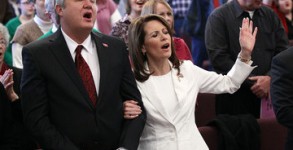 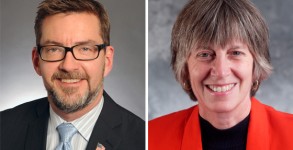 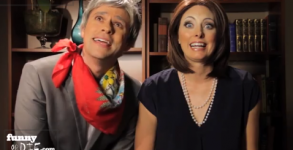 This is QUITE good

Video of the Day, Volume 2: Grindr for the GOP Convention

Check out this hilarious video from Funny or Die. Michele Bachmann, my favorite Minnesota Republican, even makes an appearance at the end. Fair warning, though:

Another anti-gay religious leader has been caught with his pants down, so to speak. Joel W. Hochmuth, 52, was sentenced yesterday to one year in

Taking a page out of the Truth Wins Out playbook, a documentary filmmaker went undercover at Bachmann & Associates, the Minnesota Christian counseling clinic co-owned

They’re not putting anything new up at the Texts from Hillary blog, but the meme is still going. Here’s one Truth Wins Out readers will

Hello, TWO readers! John here. Most of you won’t know this, but it was one year ago last Wednesday that I finished my drive from