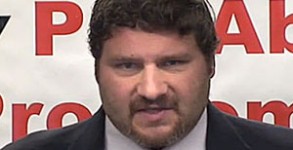 Liberty Counsel Announces It Will Sue To Stop Ban On Ex-Gay Therapy; But Fails To Mention Its Own Barebacking Ex-Gay Activist

Liberty Counsel is suing to stop this growing effort to end the practice of “ex-gay” therapy. Mat Staver, founder and chairman of Liberty Counsel, issued

Two of the most virulent haters in America have lowered themselves into a moral cesspool today, working the Twitter feed to exploit the FRC tragedy

Matt Barber Teaches The NAACP A Lesson About Civil Rights

If we weren’t dealing with such high caliber folks in our opposition, the above headline would not be possible, but yes, indeed, Matt Barber is

Since the theme of the week is The Bullies Are The Real Victims, I must ask you, dear Bam Bam Barber — are we bullying

Kansas Will Become Hotbed Of Co-Ed Church Showers! (According to WorldNetDaily)

Here is a hysterical screed meant to induce panic in the hearts and minds of garden variety wingnuts, written by Bob Unruh of WorldNetDaily: Yes,

Here Is Some Word Salad From An Erstwhile Boxer

In this video, Matt Barber is whining about DOMA repeal. He says that Democrats are going to be “held accountable” for trying to repeal DOMA,

For Professional Victims, Brick Thrown Through Window Is “Terror-Attack”