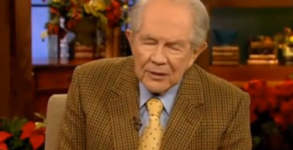 You don't want your children to grow up as lesbians, says Pat

What Part Of “Gay Rights Are The Same Fight As Women’s Rights” Do You Not Understand?

So, a writer at the Examiner has this weird piece up about LPAC, the new super PAC formed by influential and respected lesbians. Dude. Does.

A new study released today by the Williams Institute at UCLA School of Law, the primary resource for independent research and scholarship on sexual orientation

Actually, Pat Robertson, MOST of the Liberal Agenda Is About Making Lesbians Feel Better

Pat Robertson, Boy Genius, strikes again, claiming that liberals support reproductive health/rights in order to make lesbians feel better about not being able to have

Lady Gets Mad at Painting That Seems Gay, Attacks It

There is nothing more infuriating than Post-Impressionistic Tahitian Might-Be-Lesbians: A painting at the Gauguin exhibit at the National Gallery was attacked last week by a

Study Finds NO Incidences of Abuse in Children of Lesbian Moms

This new study from the Williams Institute, which is part of the UCLA law school, is fairly remarkable: The paper finds that none of the

What can be said about this week that doesn’t involve either Christine O’Donnell or Lady Gaga?  Very little, so let’s not try. Lady Gaga went

And now, introducing a particularly unintelligent bigot named Jaye Collins, who is a basketball coach in Kentucky for high performing female athletes: I started the

Here’s the first graf, and then you’ll want to read the whole thing! Your Wonkette reporter of The Homosexuals is back bearing good news, or

Note: Originally I called this video “Hilarious MONDAY Video,” so you can all feel free to make fun of me for not knowing what day