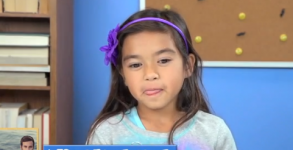 An interesting look at the younger generation's opinion on these issues 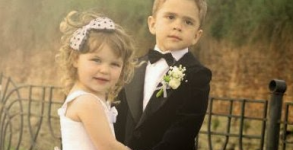 NOM is trying to do memes again, with innocent kids 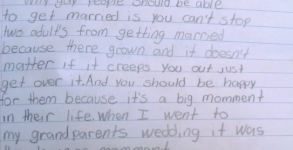 Fourth Grader Explains Why Gays Should Be Able To Get Married

"It doesn't matter if it creeps you out, just get over it."

Here’s Your Focus on the Family Super Bowl Commercial

Not funny at all. I don’t think Focus even gets the point of Super Bowl ads. So there you have it. A bunch of kids

If you haven’t seen this story, of an older, athletic brother who sticks up for his younger brother who likes “girl” colors and toys, to

This kid? Or their dogma? You tell me what’s more valuable. [h/t Sarah Silverman

Dear Christian Right: This Is What Real Parents Look Like

This entire blog post, written by a mom whose six year old son has a serious crush on Blaine from Glee, is amazing. My oldest

In case you forgot already, Graeme Taylor is the extra cool kid who spoke up in defense of a teacher in a school board meeting,