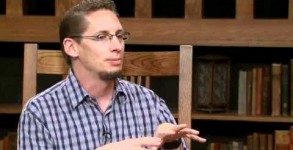 It Isn’t Science Unless You Determine The Outcome First

(Weekly Column) There are two things we know about the religious right: They have no faith in science, and they cynically distort science to justify

That’s all he has left in his sad, waste of a life: Today the courts are talking about the ‘right’ to engage in homosexuality, the

Today, Truth Wins Out threw a fun protest in Philadelphia!  The occasion was the annual convention of NARTH [National Association for the Research and Therapy