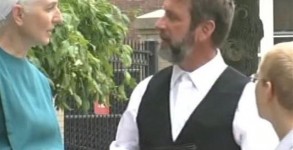 Kidnapper wins temporary liberty while girl he abducted is still on the lam. Exactly how is this a fair and just outcome 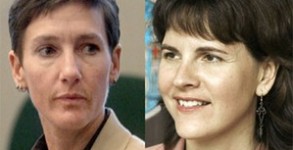 Remember Kenneth Miller, the Mennonite pastor who became a hero to anti-gay religious extremists for helping a self-proclaimed “ex-lesbian” smuggle her daughter out of the United

The infamous Bryan Fischer, Director of Issue Analysis for the American Family Association (an SPLC-certified hate group), sank to an appalling new low when he

The Tragedy of the Isabella Miller-Jenkins Abduction

This weekend’s New York Times has an update on what life is like for Isabella Miller-Jenkins, who was kidnapped by her mother Lisa Miller after Miller 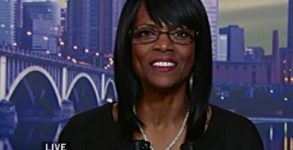 Every judge in the land is activist, you see, what with the way they read the law and stuff: WASHINGTON – The Supreme Court has

It’s too bad Isabella Miller-Jenkins’ other mother, Lisa Miller, is apparently a kidnapper. The Vermont Supreme Court has weighed in on the court order which