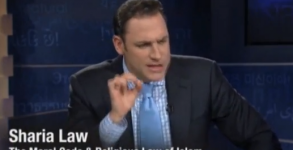 To his credit, he acknowledges that his conspiracy theory (which he believes) is insane

Many Pakistanis on the internet are making fun of their government quite a bit right now: If Pakistan’s telecom regulator has its way, millions of

The Malaysian gay-rights coalition Seksualiti Merdeka was set to hold its fourth annual festival in Kuala Lumpur. But on Nov. 3 police ordered the group to cancel.

If you don’t know about her already, go and read: Ani Zonnefeld and her org are awesome

Brunei About To Adopt Sharia Law

Brunei is a wealthy, developed country on the island of Borneo that borders Malaysia and is a near neighbor of Indonesia. It appears about to