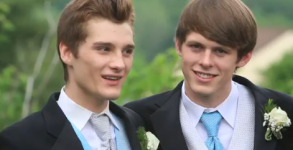 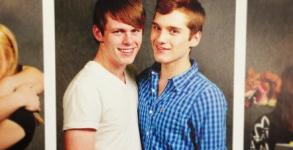 Times, they are a-changin'!

This is actually from 2000, when Fiona Apple was but twenty-two, but Queerty published it today. A high school fan wrote her a letter asking

Here’s a straight kid in Georgia who gets it, and on the other side, here are the public school faculty who are apparently letting their

Wow — I returned home late last night from a wonderful weekend in Milwaukee introducing Truth Wins Out to pro-LGBT Catholics from across the country,

I Believe The Children Are Our Future…

Go read these three essays from Michigan high school seniors on why marriage equality should be the law of the land. And then smile

A group of bullied kids at Sequoyah High School in Madisonville, Tennessee want a Gay-Straight Alliance. They apparently asked administrators and were turned down. The

This amazing piece at The Good Men Project paints a scenario that would, for the Religious Right, be absolute hell.  Not only is the gay