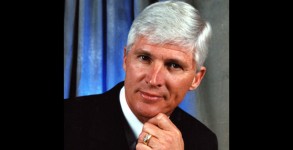 Mitt Romney Booed At NAACP For Promising to Repeal Obamacare

Oh, this is just funny: My favorite part is when, after he’s booed, he claims he’ll replace Obamacare with a bill that does things that

The wingnuts are having a terrible… horrible… no good… very bad day. Well, some of them, at least. Some of them are just dumb: As

Or something along those lines, I’m not quite clear… Kathryn Jean Lopez, the most embarrassing person on the internet: I am a woman and I’m

Last Night’s Smackdown, Brought to You by the Democratic Party

Wayne wrote this morning about last night’s victories for openly gay candidates around the country, which is fantastic. It was even more than that, though.

Matt Barber Has Some Opinions To Share About The Massachusetts Election!

Yippee! Matt Barber looks upon the Massachusetts election of Naked McGee and finds vindication! Let’s check out his latest “right hook,” line-by-line: So much for

When we last visited the new Freedom Federation, Exodus International was joining this federation of Christian Right organizations in order to proclaim “real freedom” from

This post can also be read at: The Huffington Post The Falls Church News Press WayneBesen.com Sometimes, words can kill. A vocabulary carefully crafted into