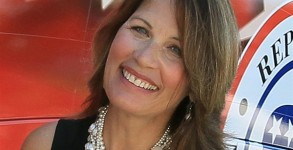 Good news from Tennessee and bad news from Minnesota, where apparently Michele Bachmann has brainwashed the voters

Just when I thought I couldn’t love amazing ally Anne Hathaway more, Adam Polaski goes and posts this on the Freedom to Marry blog: In September, actress

TWO is teaming up with the Vermont Freedom to Marry Task Force, the nonprofit, now-all-volunteer organization that spearheaded the successful effort to pass civil unions and

I Just Got Married…

On this beautiful snowy morning, Jamie Brundage and I got married at City Hall in Burlington, VT. We had an amazing Justice of the Peace,

He’s My Husband, Thank You Very Much

Our society has made remarkable progress in the fight for LGBT equality in my lifetime. The repeal of “Don’t Ask, Don’t Tell” was completed this

In 2009, the New Hampshire legislature voted to allow same-sex couples the freedom to marry. Since that time, support for marriage equality has only grown

Ellen DeGeneres and Other Celebrities Pressure Obama on Marriage Equality