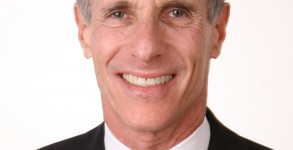 The corrupt and dishonest National Organization for Marriage has cost our community a fortune in time and money. Fred Karger says we should be angry

The funny thing about this interview is that Bryan sort of doesn’t seem to know what to do when talking to an actual gay person.

Republican Utah Woman Does Not Like Gay Republican Presidential Candidate

So, this happened. Fred Karger, who is still running for President as a gay Republican, went campaigning in Utah, and though his welcome was described

Video of the Day: Fred Karger

Interesting e-mail I just got from openly gay Republican presidential candidate Fred Karger: For the past 15 years Maggie has written books, columns and talked

Oh, Maggie just doesn’t like the “language” of NOM’s internal race-baiting documents, because they make them sound “too big for their britches.” Other than that,

In an exclusive interview on ABC’s “This Week,” presidential candidate Jon Huntsman said “there’s a serious problem” with comments made by Texas Gov. Rick Perry

FOR IMMEDIATE RELEASE FOX Is Imposing a Litmus Test of Ideas and May Be Engaging in Anti-Gay Discrimination BURLINGTON, Vt. – Truth Wins Out condemned

Dumpage of the Linkage

Dealing with a dog who Feels Under The Weather [perhaps knocking down the trash can and treating the mess as a buffet is not smart?],

Just kidding, but there’s an ad running in Iowa for Fred Karger, which is indeed a campaign ad for the 2012 Republican nomination. Karger’s a