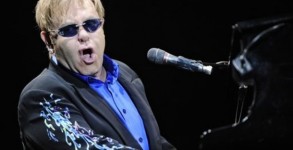 Read Elton John’s Statement From Onstage At His Moscow Concert

When Elton said he would speak out in Russia, he wasn't kidding 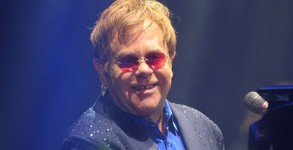 Elton John To Perform In Moscow Because Of, Not Despite, Anti-Gay Laws

Influential artists have a decision to make regarding whether, and how, to appear in Russia these days

Priorities! A Harps supermarket in Mountain View, Arkansas has placed a “family shield” over the Us Weekly cover of Elton John with his partner David

Music time! Starting with a couple from Ryan Adams, just because. “Come Pick Me Up” and “La Cienega Just Smiled.” And then at the bottom,

And He Shall Be Levon

Congratulations to Elton John and his husband David Furnish: You can now add “father” to Sir Elton John’s jam-packed resume. He and his partner, David

Music time! Another one of those weeks where I had the song I wanted to start with all planned and ready, but then I started

Poltico has a good background story on how Elton John ended up crooning at Limbaugh’s 100th wedding. John’s other project — crooning with rapper Eminem

Wow. Joe Jervis: Yesterday it was learned that the wedding of Rush Limbaugh was officiated by rabid homophobe Pastor Ken Hutcherson. Among Hutcherson’s many anti-gay

Principles are overrated, aren’t they, Sir Elton? Of course, that report says that Elton John is being paid over a million dollars to perform, and