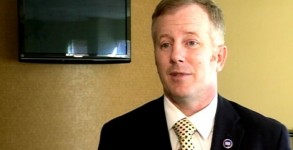 New Bill In Tennessee Would Force Schools To Out Gay Students

The fact that it’s possible to take someone to court if they call you gay — the idea that speculation about a person’s sexual orientation,

Well, this was a nice surprise for those of us who hail from Tennessee: The so-called “Don’t Say Gay bill,” which perhaps brought more national

That’s the Tennessee way. So, Tennessee’s embarrassment, Senator Stacey Campfield, who believes AIDS would be a thing of the past if people would just stop

I agree with this WaPo writer, who contends that silly Stacey Campfield’s “Don’t Say Gay” bill in Tennessee, the one which prohibits teachers from discussing

Almost exactly a year ago, we visited the Wingnut Wonder of Knoxville, Stacey Campfield.  Embarrassing, even by Tennessee’s admittedly low standards, Campfield was at that