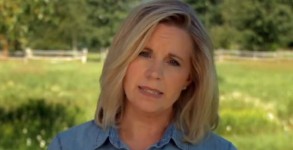 Apparently for Liz, political ambitions are more important than her sister

Congratulations to Mary Cheney and Heather Poe on their Marriage

Two of my favorite girls actually got married in Washington DC the other day, so it’s fun to see that Mary Cheney, daughter of Dick

This is beautiful. As David Badash points out, Chris Matthews seems to have “evolved” on the subject of Tony Perkins’ extremism. This interview springboards from

The Democratic Party is beginning to embrace marriage equality in a significant way. This week, former President Jimmy Carter, a born again Christian who teaches

This is what it looks like when hate groups like the Family Research Council really start losing it: Consider this thought experiment. Twin brothers announced

How quickly some forget what the last president was like.  From Dubya’s new coloring book memoir: By the time Dick came to the ranch to

That’s what Daniel Blatt says in his latest non-response to my piece on the CPAC/GOProud kerfuffle. To which I reply: Wow, that’s really awful that