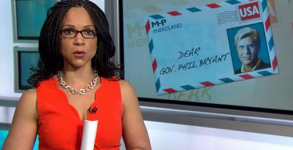 President Barack Obama should express his unwavering support for marriage equality in Maryland, the eighth state where same-sex couples can marry. His imprimatur is critical

David Mixner returns with his first book in 10 years. In At Home with Myself, Mixner writes from and about his country home in Turkey

John McCain Is The Biggest, Self-Serving Phony In Washington

In today’s New York Times there is a story about how the GOP wants to keep Bush’s tax-cuts for the wealthiest Americans. At the end

If I were advising President Barack Obama, I would tell him to pay as much attention to the ornery jeers from protesters outside the Human

The March on Washington

Fresh off its wing nut wingding on the National Mall, the far-out fringe held its “Values Voter” summit in Washington last week. The highlight was