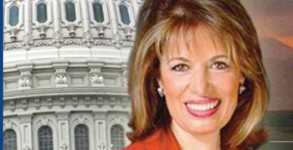 In the middle of a breathless, stupid missive from the Family Research Council hate group [short version:  give us money!], they use the defeat of

Alvin McEwen has a great, very important petition at Change.org that you should all check out.  In it, he is petitioning the United States Congress

John Boehner’s New Gavel is ‘Bigger Than Most’

I guess this is the congressional equivalent of putting yer truck up on big, big tahrs? [h/t Dan Savage] The Inadequate Tear-Stained Boehner and His

Politician: “I shall support this brave legislation when it comes to a vote.” Translation: “I hope to God this legislation is buried in committee.&#

As Joe Jervis said about this press release from GOProud, you just can’t make this stuff up: On behalf of limited government conservatives everywhere we