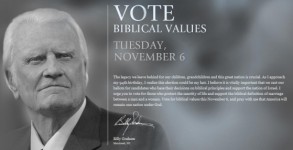 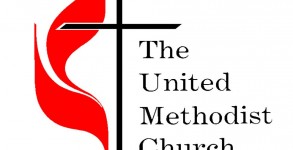 The Reverend Delman Coates heads a black church in Prince George County, and in stark opposition to many other African-American clergy, he supports marriage equality.

Rob Tisinai of Box Turtle Bulletin has happened upon an interesting online service being offered by one Reverend Bob Larson: a Demon Test®. For $9.95, you can

Updated: Lisa Ling Takes Another Shot at the ‘Ex-Gay’ Thing…

Update: I thought Lisa Ling did a better job last night — and it was good to see a reporter follow-up on the “ex-gay” myth.

You need to a flashplayer enabled browser to view this YouTube video Janet Boynes is an avowed “ex-lesbian” running a ministry in Minneapolis. She is

No Special Right To Discriminate For Hastings College Christian Group

The New York Times: A federal appeals court has shot down another attempt by a Christian student group to force a California law school to

Old Spice Man of the Year Is Some Model of Manliness

In a way, you have to feel for Old Spice. A recent effort meant to reinforce the Procter and Gamble men’s product line’s ruggedly macho

Armband religion is practiced by people who wear “faith” on their sleeve, for the world to see, and not in their hearts. The Washington Post