Well, this latest faked martyrdom incident has been fun 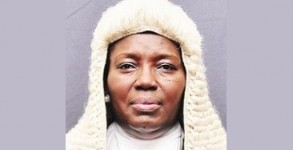 Aubrey Levin, a Canadian psychiatrist and longtime proponent of so-called "ex-gay" electroshock therapy, will stand trial in Calgary next week on charges that he sexually

Sometimes gay activists are dumb. Such is the case of a group of gays who decided to protest a Canadian florist who won’t provide flowers

This is one of those stories that makes me want to slam my head against the desk repeatedly. How do these people grow up in