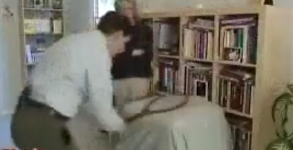 That's a picture of Richard Cohen beating a pillow with a tennis racket and calling it "reparative therapy." 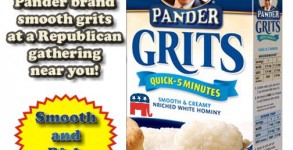 Another courageous state lawmaker has stepped up to the plate in the ongoing battle against the dubious practice known as “reparative,” “conversion,” or “ex-gay” therapy,

Aaron Blitzer, a California college student and a self-proclaimed “ex-gay” who says he’s studying to become a “pray away the gay” therapist, filed suit Monday

As you know, the fundies are suing to nix the new law in California banning reparative therapy for minors. Kate Kendell from the National Center

Lending its support to a planned lawsuit by the Liberty Counsel, a lobbying group for antigay psychoanalysts today rejected California’s authority to ban medical malpractice

The California Assembly voted 52 to 21 to pass a much-anticipated bill to protect sexual minorities from practitioners that seek to change one’s sexual orientation.