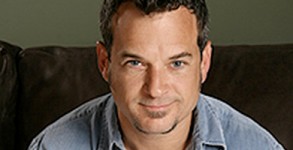 More that 400 survivors speak out against destructive "ex-gay" programs

Peterson Toscano has a real knack for clearly explaining the “ex-gay” survivor experience. Check out his video: When an ex-gay survivor shares an account of

VIDEO: Exodus Abandons Those Whom It Mistreats

When Michael Bussee and other Exodus International co-founders and early members admitted that Exodus’ reorientation counselors had failed to change their sexual orientation, one might

For the decade since it was co-founded by the religious-rightist Family Research Council, Parents and Friends of Ex-Gays has criticized the more mainstream Parents, Family

When contemporary Christian music singer Ray Boltz recently acknowledged the truth that he has always been same-sex-attracted, and that years of poor ex-gay advice failed