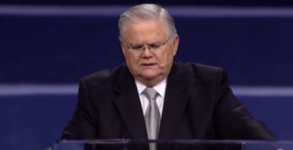 John Hagee Tells Atheists And Humanists To Leave The Country

Hagee is doing battle in the made-up War On Christmas

Surprise, everybody, it’s The Holidays [I just victimized a buncha Fundamentalists right there, I sure did], which means that while the normal people of America

In Popularity Contest, Teabaggers Approximately as Beloved as Herpes*

Totally funny story from Think Progress: The debt ceiling deal has left the Tea Party more disliked than ever, as a recent New York Times

Nice crowd the “fair and balanced” network attracts: The Fox News Facebook page got over 8,000 death threats posted on its wall after the Communications

Apparently, you see, Japan is full of atheists, and God decided to grab them by the throat and shake them in order to show them

Apparently Gays and Atheists Caused the Cyclone in Australia

Good to know! A CONTROVERSIAL church group has called on Prime Minister Julia Gillard to fall on her knees in prayer in the midst of

There Are Atheists in Uganda

I know our readers run the gamut of faiths and lacks-thereof, but I think even our readers of faith would probably agree that the fact

A List of Hitler’s ‘Atheist Comments’, For Bill Donohue

PZ Myers reposted a long, long list of quotes from Adolf Hitler, who Bill Donohue stupidly thinks was an atheist. Here are a couple of

Apropos of Nothing, Bill Donohue Calls on Atheists to Apologize for Hitler [UPDATED]

Um, Bill, weren’t there a hell of a lot of Catholics complicit in Hitlers crimes?  And isn’t it stretching the truth beyond recognition to call