Truth Wins Out strongly urges the City of Fort Lauderdale to not sign an outrageous proclamation today honoring Coral Ridge Presbyterian Church. We call on Mayor Dean Trantalis, the city’s first gay mayor, to put away his pen, and instead condemn this wretched Hate House for its unreconstructed bigotry and political discord, that has led to many of our nation’s current divisions. Praising Coral Ridge with a proclamation, is the equivalent of honoring the Proud Boys or the KKK. It shocks the mind and offends the senses.

Coral Ridge Presbyterian Church has yet to apologize for its anti-LGBTQ sins. How does Dean Trantalis and other Fort Lauderdale city officials justify this brazen and ill-considered action when the leadership at Coral Ridge has shown absolutely no contrition?

How about we make a deal: Coral Ridge apologizes to the LGBTQ community for their insidious history of hate, and in exchange they get their proclamation? To celebrate Coral Ridge prior to a heartfelt apology is to participate in gross historical revisionism. It is to erect a façade to whitewash their record.

Coral Ridge was founded by the late Rev. D. James Kennedy (pictured). The pastor was linked to the Reconstructionist movement, which endorses harsh penalties for LGBTQ people, including capital punishment. He hired infamous Reconstructionist George Grant to serve as Vice President. Grant wrote Legislating Immorality: The Homosexual Movement Comes Out of the Closet.

Coral Ridge has hosted the divisive Reclaiming America for Christ conference, which promotes discrimination and theocracy. The annual event had been picketed for years by the LGBTQ community.

In 1998, the Truth in Love Campaign was hatched at Coral Ridge, led by Janet Folger Porter. The $600,000 effort placed full-page ads in newspapers with “ex-gays” claiming that gay and trans people who prayed and went to conversion therapy could “change”. This resulted in an avalanche of media coverage, including a Newsweek cover story headlined, “Gay for Life?” During that campaign, Folger Porter said on ABC’s Nightline that she supported sodomy laws that would lead to the arrest and imprisonment of LGBTQ people. As part of Truth in Love, Coral Ridge flew an airplane over Gay Days at Disney with a large banner that had an “ex-gay” message.

This is what Fort Lauderdale is honoring? Huh? 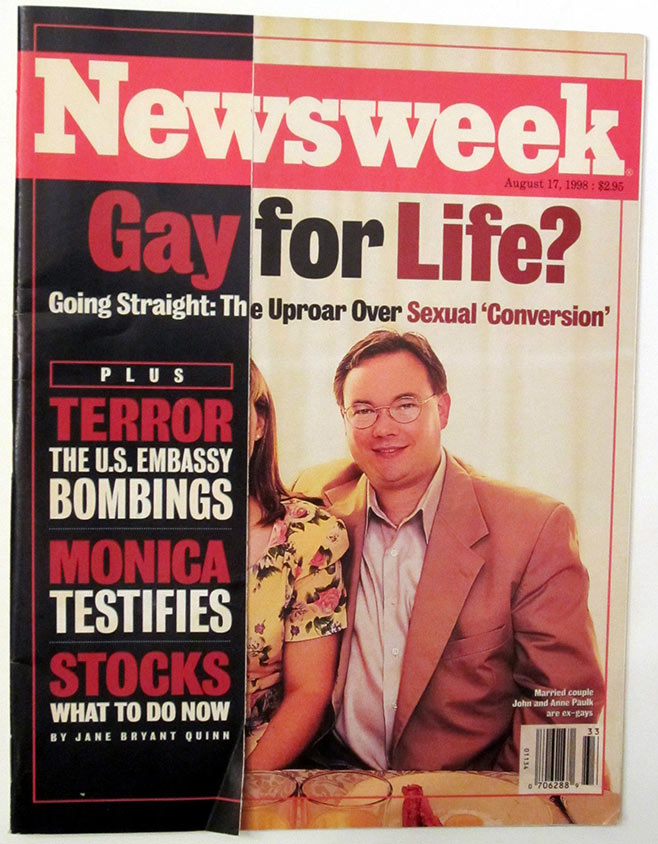