PHILADELPHIA – The president of the Center for Family & Human Rights (CFAM), Austin Ruse, said today on Twitter that “no cops were killed by the mob” that stormed Capitol Hill on January 6. He wrote this one day after House managers presented a compelling impeachment case to the United States Senate. They showed graphic video of police officers under violent attack while rioters yelled “fuck the blue.”

Responding to Truth Wins Out executive director Wayne Besen on Twitter, Ruse first tried to minimize the horror of the January 6 riot, Tweeting, “Some coup. That lectern!” When it was pointed out that police were maimed and murdered, Ruse responded, “Police were murdered? Really? Who?” 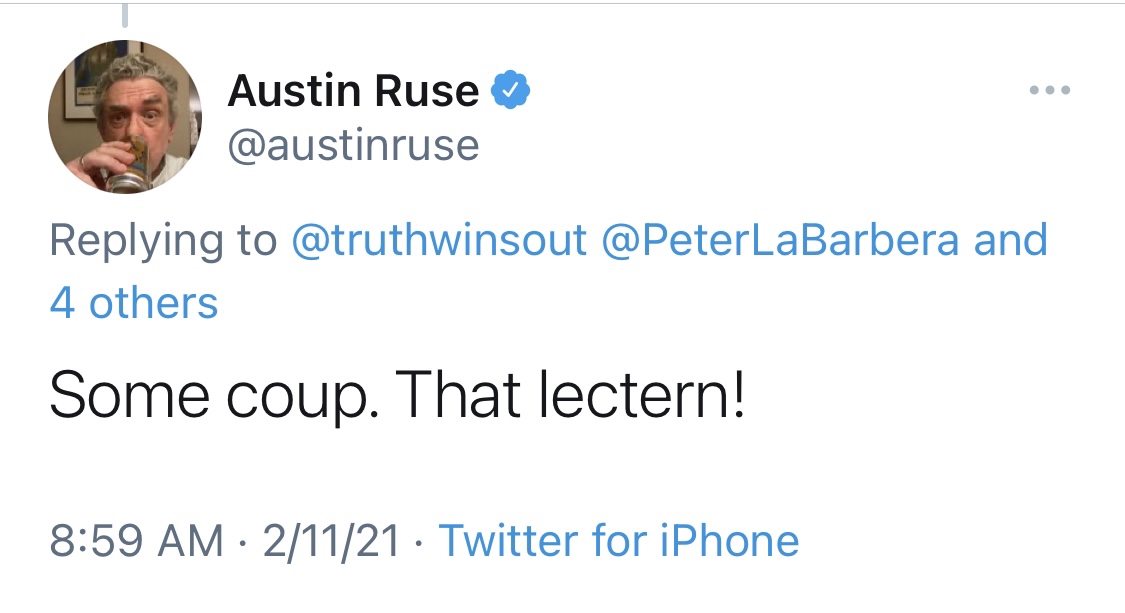 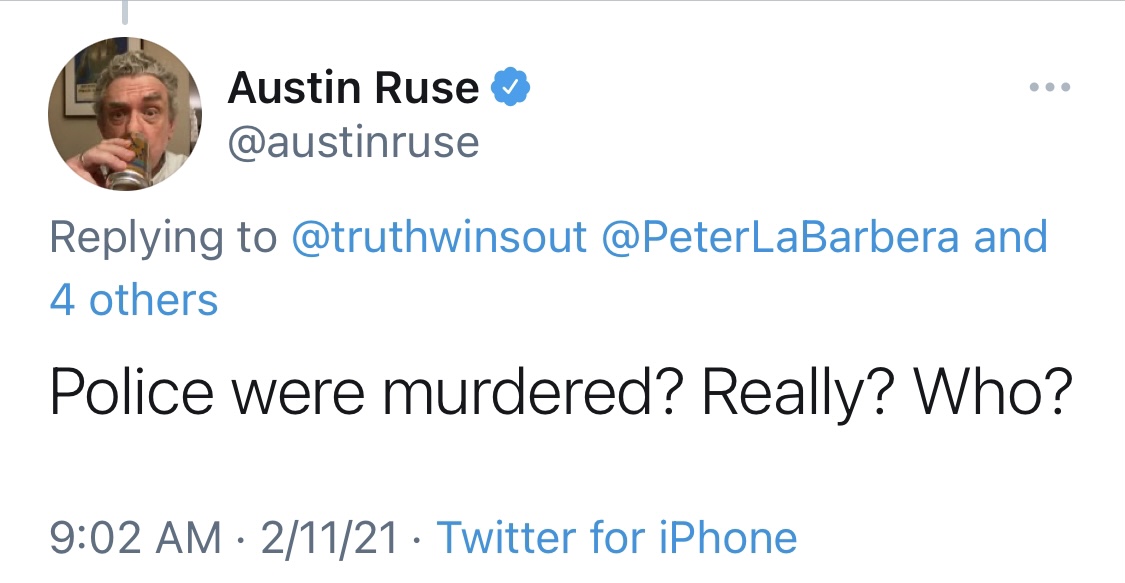 More than 100 police officers were injured during the insurrection, including 15 that required hospitalization. Officer Brian Sicknick was killed that day, with the Capitol Police releasing a statement that Sicknick collapsed in his office after being “injured while physically engaging with protesters.”

Ruse called this “fake news” and said, “no cops were killed by the mob.” Ruse then cynically asked, “Do you have an autopsy report?” Finally, he seemed to dismiss Trump’s direct link to the coup attempt, Tweeting, “questioning an election and saying fight is incitement to insurrection. Lol.” 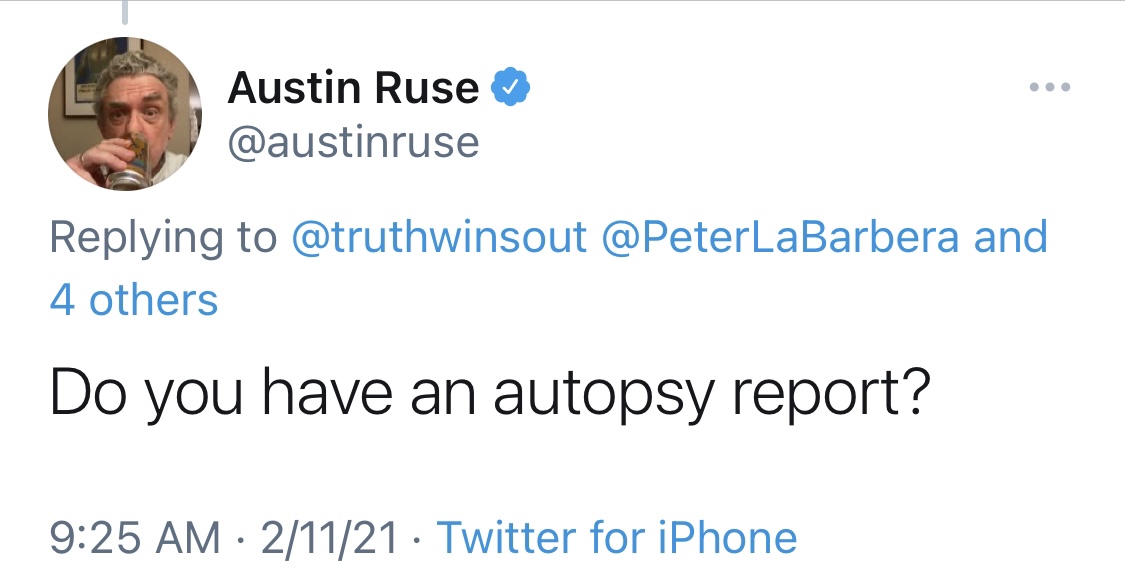 “These bizarre, conspiracy-laden comments reveal the full extent of C-FAM’s extremism and highlight why they have no place lobbying the United Nations,” said Truth Wins Out Executive Director Wayne Besen. “Neither Austin Ruse, nor his organization, should ever again be taken seriously and granted access to world leaders to influence public policy.”

The day after the riot, Ruse ostensibly condemned the violence in a column. But in the same piece, he employed a stunning degree of false equivalency, dismissively writing, “Fights broke out between protestors and police. Both sides used bear spray.”

“It’s despicable that Ruse pretended the cops weren’t defending the nation’s Capital from an insurrection and are akin to the Proud Boys. It’s eerily reminiscent of when Trump invoked ‘both sides’ to justify the neo-Nazi violence in Charlottesville.”

Ruse also pushed the Big Lie, writing that Trump’s “taped remarks were a rant about a stolen election, which I believe is true.” He then perpetuated the MAGA canard that left wing activists were primarily responsible for the coup attempt.

“I am firmly convinced that Antifa had a hand in this,” Ruse wrote. “I firmly believe they dressed in MAGA gear and went to cause trouble. I think it will be shown that they had a hand in making this happen.”

Ruse is one of the leading anti-LGBTQ activists, pushing homophobic legislation worldwide. The Southern Poverty Law Center labeled his organization an official hate group in 2014. Ruse backed the infamous law in Russia that bans free speech for LGBTQ people by labeling it “propaganda.” He expressed his strong support for a similar law in the United States.

“You admire some of the things they’re doing in Russia against propaganda,” said Austin Ruse. “On the other hand, you know it would be impossible to do that here…We want to let them [Russian officials] know they do in fact have support among American NGOs on social issues.”

Ruse is an avid supporter of “ex-gay” programs. In his book, “The War on Psychotherapy”, conversion therapist Christopher Doyle called Ruse, “a culture warrior” and said that C-FAM “acts as a watchdog over the United Nations liberal policies on sex, sexuality, and gender.”