‘We are appalled that a rabbi would use extermination language, shouldn’t he know better?’ 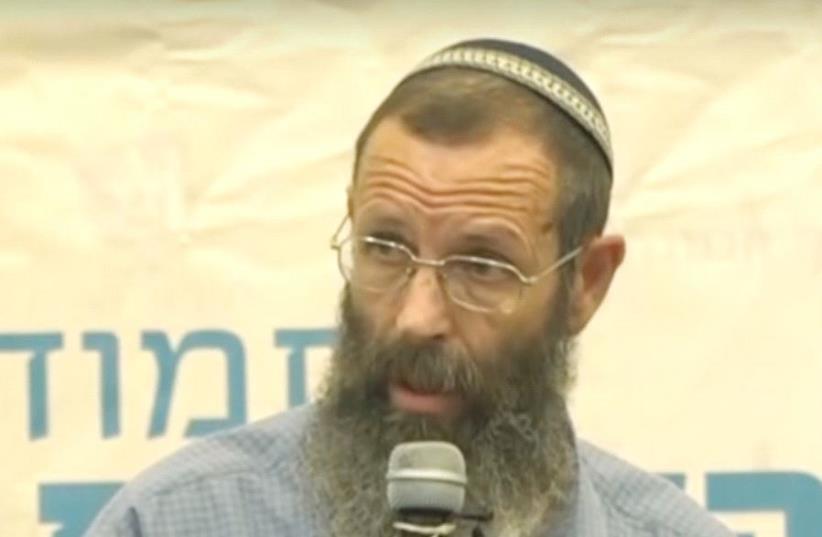 during a Zoom session with students, although he denies the claim in spite of recordings shared by Army Radio. The promotion of “ex-gay” junk science was exacerbated by eliminationist hate language that any Jewish person should studiously avoid, given the group’s history.

The offensive remarks, made by Rabbi Yigal Levinstein, the co-head of Bnei-David, a leading pre-army yeshiva in the West Bank, included shockingly insensitive statements that could lead to persecution and violence.

“There will be no problem dealing with this problem, you just have to define it as a problem,” Rabbi Yigal Levinstein reportedly said. “Problems are exterminated. Defects can be exacerbated today.”

“For a rabbi to be using terms like ‘extermination’ and ‘defect’ to describe other human beings is perplexing and unconscionable,” said Truth Wins Out Executive Director Wayne Besen. “This disgraceful language by a rabbi is reckless and we call on Levinstein to immediately stop promoting lies and junk science that stigmatize and dehumanize LGBT people.”

Despite a recording of his “ex-gay” instruction, which was obtained by Army Radio, Levinstein’s yeshiva essentially cried fake news.

“What journalistic negligence,” said Bnei-David. “This is another attempt to shut mouths. The rabbi argues that there are professional psychological therapies that can sensitively help the youth, just as a variety of professionals claim in other fields.”

“There are no therapies that can alter a person’s sexual orientation,” said Truth Wins Out’s Wayne Besen. “Every respected psychological organization in the world say that attempts to ‘change’ often lead to anxiety, depression and self-destructive behavior including suicide. Levinstein and his academy appear to be scientifically illiterate and offer primitive answers that don’t comport with modern reality.”

Indeed, self-serving religious charlatans and frauds have long been bilking Jewish communities with bogus LGBT cures and psychological interventions that lead to nothing but abuse, pain and financial ruin.  Levinstein told the Kipa website that he is not in favor of conversion therapy but rather believes in “normative psychological treatments” that can be effective in “getting to the source of what has caused the twist”.

According to the Army Radio report, Levinstein said during a class taught over Zoom that, “treaters say between ages 13 and 15, depending on when this tendency begins to show itself in the person. It’s possible to help people be straight again,” Levinstein can be heard saying in the recording. “The earlier you reach out to the child when [he is feeling] dual tendencies, the easier it is to help.”

Levinstein claimed conversion therapy had a 60 to 70 percent success rate and dismissed scientific studies critical of the controversial practice, while recalling a conversation he said he had with a teenage girl who he insisted undergo conversion therapy. “If you don’t treat [this] it won’t pass, if you do treat it will pass,” Levinstein said.

“I can understand why Levinstein is lying about what he teaches,” said TWO’s Besen. “I’d be ashamed too if I was disseminating false information, peddling junk science and smearing an entire group of people. We directly challenge the rabbi to offer up the name of the quacks who provided his fake 60-70% success-rate figure. I can guarantee that it did not come from a legitimate peer review study by actual scientists.”

The Jerusalem Post reports that Levinstein has expressed homophobic views in the past. In 2018, the rabbi expressed disgust towards the LGBTQ+ community, claiming that it “takes the tragedy of men and the tragedy of women with their tendencies and turns it into an ideology.” He further claimed that “there is no difference between this sexual distortion and that sexual defect, and this sexual tragedy with the rest of the personality.”