Today, a small group of self-loathing and conflicted gay men and women are lobbying Washington lawmakers. They are opposing a bill to prohibit “ex-gay” conversion therapy for minors, and another bill to protect LGBT people from discrimination. They will tell lawmakers that they have gone from gay-to-straight through prayer.

What they are really praying for is that these lawmakers, the media and voters have amnesia and forget the complete and utter failure of their predecessors. The “ex-gays” lobbying this week have zero credibility and their efforts are a big yawn. They are promoting a tired experiment that already collapsed years ago. All the rebooting and rebranding will not change their sexual orientation – nor will it alter the truth that such efforts are dishonest and always unsuccessful.

Here are the facts: On July 13, 1998, fifteen Religious Right organizations adopted the “ex-gay” message and launched all-out war on the gay, lesbian, bisexual and transgender (LGBT) community. The surprise attack, called “Truth in Love, was inaugurated with a provocative full-page ad in the New York Times under the headline, “Wife, Mother, Former Lesbian.”

We look back now and can unambiguously claim that the “Truth in Love” campaign was an unmitigated disaster. Maybe the biggest failure of its kind ever.

Most of the leaders who claimed they had “prayed away the gay” are now out of the closet and have publically apologized for the harm they have inflicted. The largest Christian “ex-gay” organization at that time, Exodus International, shut down because its own leaders said no one was actually changing. The largest Jewish “ex-gay” organization, Jews Offering New Alternatives to Homosexuality (JONAH), was shut down by the courts for committing consumer fraud. The “ex-gay” headliner of the campaign, John Paulk, was photographed by me in a gay bar in Washington, DC.

I feel nothing but sadness for the shame and self-pity these poor people must be enduring in their private moments of clarity. I look forward to seeing them on the other side of the closet door and working with them to expose the “ex-gay” myth.

In honor of this lobbying effort, Truth Wins Out today released a new video of conversion therapy survivor Gene Stone. He visited many therapists in his effort to change his sexual orientation. One therapist even sent him to a female sex surrogate. The therapy failed (it always does). Today, Gene is an out and proud gay man. 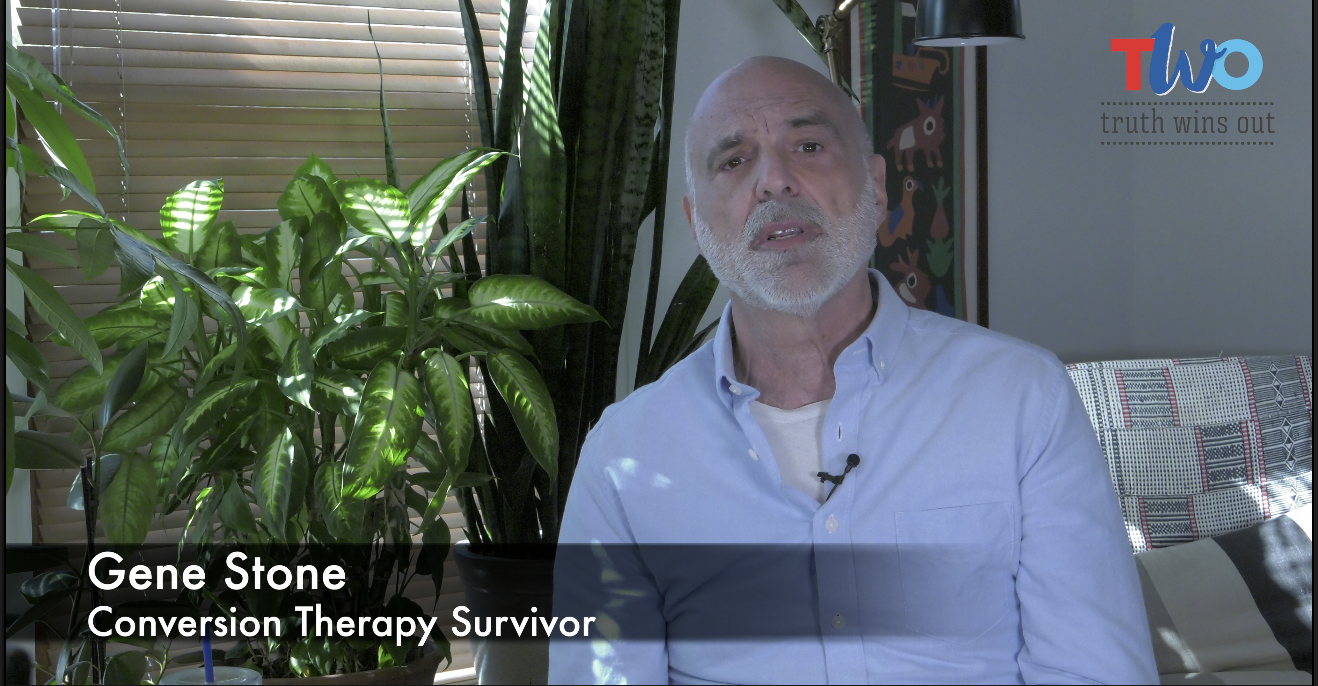