WASHINGTON – Truth Wins Out thanked Apple and its CEO Tim Cook today for removing an “ex-gay” appfrom its online store. The move came after TWO launched a petition yesterday that urged Apple to take action

. If one tries to download that app today, created by Arlington, Texas-based Living Hope Ministries, it is no longer available. Unfortunately, the app, which targets LGBT youth with toxic messages, portrays homosexuality as an addiction, and says that LGBT people are sick, sinful, and broken, is still available online at Google and Amazon.

“We thank Apple for exemplifying corporate responsibility and taking swift action to remove a dangerous app that stigmatizes and demeans LGBT people,” said Truth Wins Out Executive Director Wayne Besen. “Ex-gay programs are consumer fraud and cause significant harm to the people they purport to help.”

Truth Wins Out now turns its attention to Google and Amazon – strongly urging these companies to immediately stop peddling the “pray away the gay” app, before the deceptive and deeply homophobic product can hurt LGBT youth.

“Every minute this heinous product is available on these platforms, the potential exists for it to harm LGBT youth,” said Truth Wins Out Executive Director Wayne Besen. “We demand that Google and Amazon immediately stop selling and promoting this app, which dehumanizes LGBT people.”

Truth Wins Out plans to reach out to these companies today, but if they refuse to comply or they give therunaround, TWO will have no choice but to launch a new petition. The American Psychiatric Association says 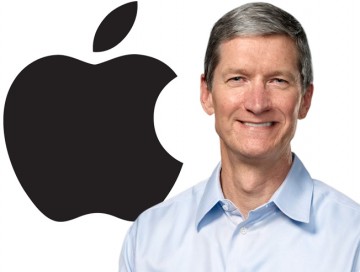 that attempts to change sexual orientation can lead to “anxiety, depression, and self-destructive behavior” including suicide. Given these risks, it seems reckless and irresponsible for these corporations to continue peddling this app.

In 2011, Truth Wins Out launched a petition that gathered almost 150,000 signatures to successfully remove the Exodus “ex-gay” app from the Apple Store. Fortunately, it appears that Apple did the right thing again, ensuring that hateful bigots and bullies won’t torment LGBT youth.

Founded in 2006, Truth Wins Out is a nonprofit think tank and advocacy organization that fights against right wing extremism and anti-LGBT prejudice and discrimination. If you appreciate our work, please consider a tax-deductible holiday gift for Truth Wins Out today.