Pelosi is Loyal to the LGBT Community, Shares Progressive Values, and has the experience to Lead in these Precarious Times

WASHINGTON – Truth Wins Out announced its support today for Rep. Nancy Pelosi’s (D-CA) bid to become Speaker of the House. She has earned our support though decades 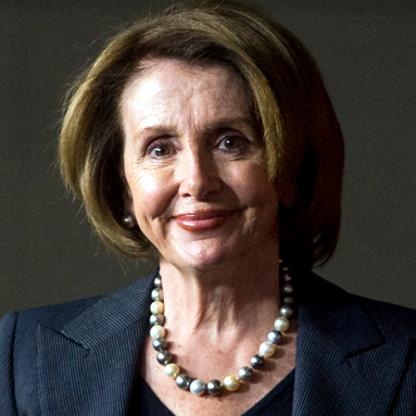 ofloyalty to the LGBT Community, she has shown leadership on key progressive issues such as the environment, AIDS/HIV, and healthcare, and Pelosi has the much-needed experience to handle cunning Senate Majority Leader Mitch McConnell (R-KY), as well as the erratic and corrupt presidency of Donald Trump.

“This isn’t amateur hour on Capitol Hill. These precarious times demand a seasoned leader who knows how to fight for LGBT equality and stand for a more progressive America,” said Truth Wins Out Executive Director Wayne Besen. “We support Nancy Pelosi for House Speaker because she has consistently been there for the LGBT Community, and it is our turn to stand with her.”

From the beginning of her career, Pelosi has fought for LGBT equality and advocated on behalf of people living with HIV/AIDS. She was instrumental in passing The Affordable Care Act, which helped millions of Americans including LGBT people. Pelosi is also the first woman to be House Speaker, making her an historic figure that has advanced the careers of women and improved their lives.

According to the New York Times, “Pelosi — in her first floor speech in 1987 vowed to fight AIDS and in 2002 was the most high-profile Democrat to vote against invading Iraq.”

In 2010, Republicans spent $65 million attacking Pelosi in ads; the Republican National Committee hung a banner from its headquarters that read FIRE PELOSI. The attacks have often borne more than a tinge of sexism; in 2012, when Pelosi, as minority leader, wielded less power than the Senate’s Democratic majority leader, Harry Reid, Republicans’ negative television ads were seven times as likely to mention Pelosi as Reid, according to the Wesleyan Media Project, which tracks political advertising.

“What most impresses me about Pelosi,” said TWO’s Besen “is her toughness. She routinely brushes off brutal political attacks and somehow keeps focused on key issues that enhance American lives. This is the kind of strong and sturdy leader we need to take back our country.”