Jindal’s actions are clearly aimed at bolstering his standing among social conservatives – particularly in the Iowa caucuses – as he considers whether to run for president or position himself as a potential nominee for Vice President, TWO asserts in its ad:

“Bobby Jindal is placing self-interest above the best Interests of Louisiana,” said Truth Wins Out’s Executive Director Wayne Besen. “Jindal’s political grandstanding could lead to the worst economic disaster since Hurricane Katrina. But unlike Katrina, this is no act of God. Rather it’s the act of a craven politician cynically invoking God to justify discrimination and further his presidential ambitions.” 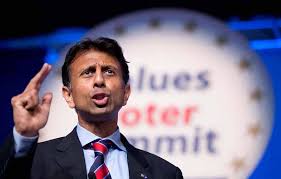 “Louisiana governor Bobby Jindal claims to be a fiscal conservative. But Jindal has turned a $1 billion surplus into a $1.6 billion deficit.

Tell Bobby Jindal to stop fixating on Iowa, and start fixing the financial mess he’s made in Louisiana.”

Truth Wins Out urges it’s members to contact Kyle Edmiston, the Assistant Secretary of Tourism, (225) 342-8125, kedmiston@crt.la.gov and politely tell him how Jindal’s actions might affect your future travel plans to Louisiana. You can also call the main number (225) 342-8100. Additionally, you can contact the Office of Bobby Jindal 225-342-7015

Today’s ad is the third effort in the Truth Wins Out’s “Flipping the Script on Religious Freedom” campaign, to highlight the real-world consequences of laws that purport to protect religious liberty, when in reality they only promote exclusion.
Today’s ad, “Bobby Jindal: Bad for Louisiana’s Economy,” was written by Truth Wins Out’s Wayne Besen, and produced by filmmaker Ben Nissen, with the assistance of Chicago-based writer and performance artist Eric Clements.

In our previous video, with nearly 25,000 views, a gay man who runs a theater company forbids a Christian from buying tickets to a show after he sees a cross hanging from his neck. Citing the fictitious “Church of Harvey Fierstein,” he directs the Christian to go to a theater that shows “Passion of the Christ.” This is a plausible example of what could occur under such ridiculous bills that allow the gutting of anti-discrimination laws based on declarations of “sincere” faith.

The first video in our campaign, “Religious Freedom Café,” takes these “religious liberty” bills to their logical conclusion. It focuses on an African American man who is told to leave a restaurant because serving black people is against the owner’s religious beliefs.

Please support efforts like this by making a tax-deductible contribution to Truth Wins Out today. 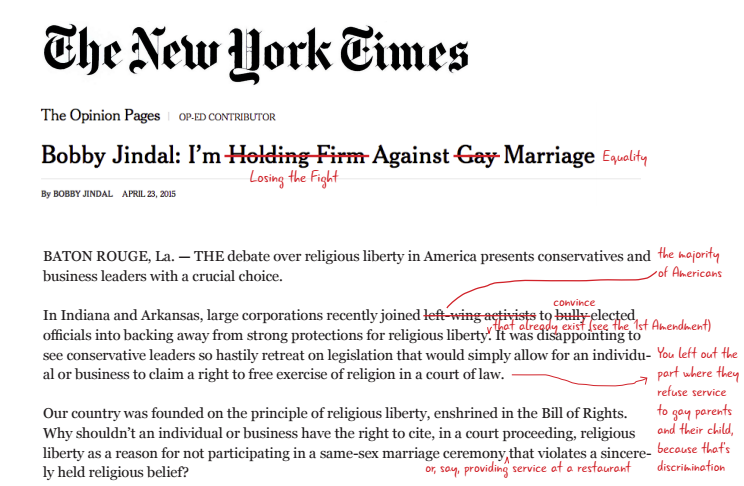