Indiana: From ‘No Service’ to ‘Lip Service;’ Discrimination is Still Legal

Christians Get Legal Protections; LGBT People at the Mercy of ‘Hoosier Hospitality’ 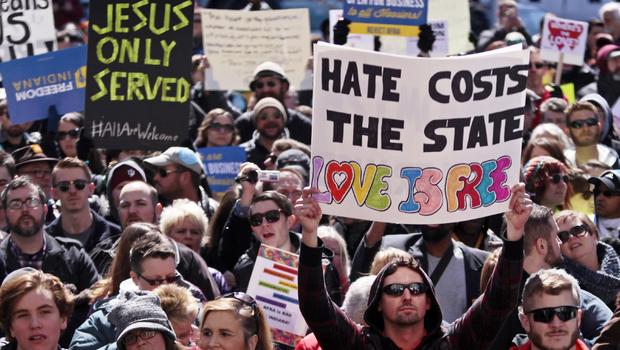 reactionary measure designed carve out a special “license to discriminate” against LGBT people, in response to rapid success on the issue of marriage equality.

After an avalanche of condemnation, particularly from the business community, Indiana lawmakers have offered to tweak the law. While this is a step in the right direction, it will not ameliorate the underlying issue of anti-LGBT discrimination in Indiana. The proposed “fixes” still leave gay people unprotected and vulnerable to the whims of intolerant business owners who can deny goods or services.

“Indiana has gone from ‘no service’ to ‘lip service,’” said Truth Wins Out’s Executive Director Wayne Besen. “Even if this odious religious freedom bill is amended, it is perfectly legal to discriminate against LGBT people in Indiana. It is hypocritical for Indiana lawmakers to insist that strong laws are needed to shield people of faith. Yet, equally strong laws aren’t needed to safeguard vulnerable LGBT people who must depend on ‘Hoosier hospitality’ for protection. Clearly, the answer is for the legislature to immediately dump this awful law and follow this action by explicitly banning discrimination based on sexual orientation and gender identity.”

“I will not push for that. That’s not on my agenda. That’s not been an objective of the people of the state of Indiana.”

It is important to note that the Religious Right is not simply Pence’s base, but they are his buddies. He had previously been on the Indiana Family Institute’s board of directors. At the signing of this controversial bill he was flanked by leading anti-gay activists. During his 2000 congressional campaign his website said:

“Congress should oppose any effort to recognize homosexuals as a ‘discreet and insular minority’ entitled to the protection of anti-discrimination laws similar to those extended to other ethnic minorities.”

The Indiana law was a brazen attempt to rewrite America’s social contract: If a business is open to the public it is open to everyone. Under the new legal regime in Indiana, 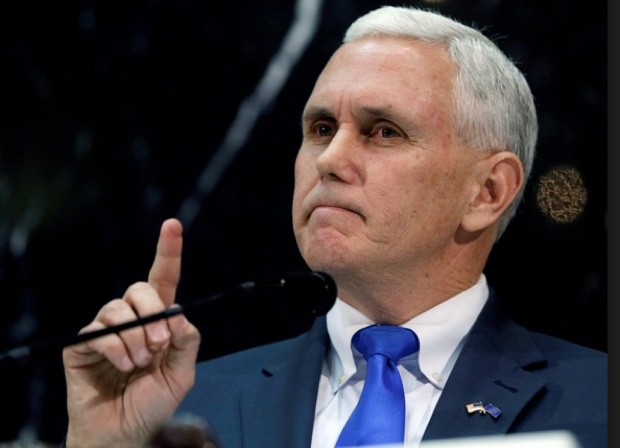 business owners are able to cite their faith to operate like a church or private country club, picking and choosing who is considered holy enough to enter their establishment. This inversion of the free marketplace is why the business community spoke out in force this week, prompting both Indiana and Arkansas, which passed a similar law, to go back to the drawing board.

“Our position is that this ‘fix’ is insufficient,” said Bill Oesterle, CEO of Angie’s List.”There was no repeal of RFRA and no end to discrimination of homosexuals in Indiana.”

Last week, Truth Wins Out released a video in its “Flipping the Script on Religious Freedom” campaign, to highlight the real-world consequences of laws that purport to protect religious liberty, when in reality they only promote exclusion. In the new video, which already has 17,000 views, we show how such laws can open a can of worms and backfire on the “Christian” sponsors of such bills.