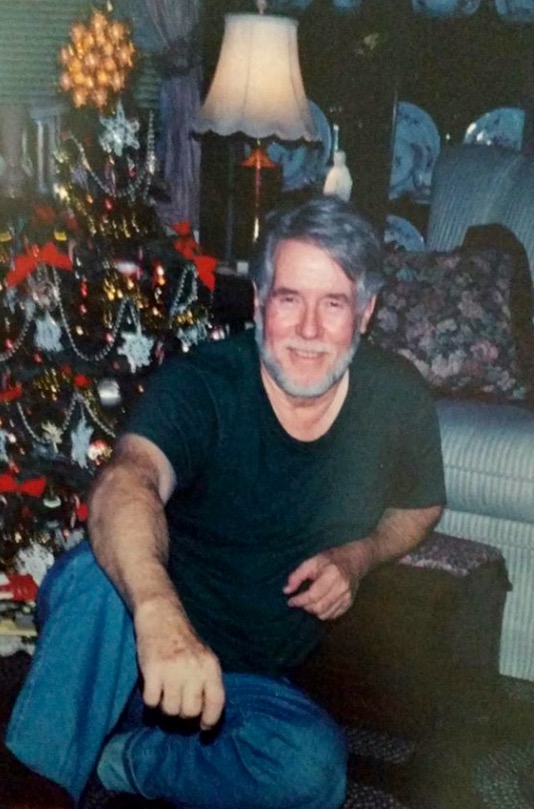 CHICAGO – Truth Wins Out today mourned the death of John Evans, 80, a man who in 1973 co-founded the first modern “ex-gay” ministry, Love in Action. He quit this ministry a few years later after his friend, Jack McIntyre, committed suicide because he could not change his sexual orientation. Evans spent the remainder of his life speaking out against “pray away the gay” programs. The cause of death was heart failure.

“John Evans is an important historical figure who will be missed,” said Truth Wins Out’s Executive Director, Wayne Besen, who wrote a chapter about Evans’ saga in his book Anything But Straight: Unmasking the Scandals and Lies Behind the Ex-Gay Myth. “Evans was the first ‘ex-ex-gay,’ meaning a person who touted the message of sexual conversion – before later renouncing it as a damaging fraud. He created a template for so many others who came after him and followed in his footsteps.”

In 1973, Evans teamed up with a heterosexual and self-described “old time gospel preacher,” Kent Philpott, and another gay man, Frank Worthen, in San Raphael, California to start Love in Action. In 1975, Philpott wrote the book “The Third Sex?” claiming that his ministry had helped turn people from gay to straight. The book had to be taken off the shelf under threat of a lawsuit, because the claims of sexual conversion were not true.

But the book had caused significant damage because it had been shipped across the nation and helped inspire the founding of Exodus International in 1976, the largest “ex-gay” program in the world until 2013, when it shut its doors for failing to “fix” its gay clients.

“Once that book [The Third Sex?] hit…Wow! The damn burst open,” exclaimed Philpott in an interview for Anything But Straight. “We had so many people showing up in the middle of the night with a suitcase….from the Midwest someplace. It just expanded.” 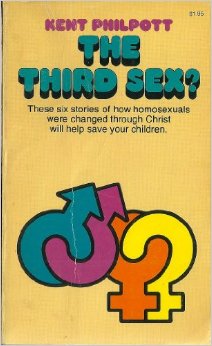 The ministry that he created also took its toll on Evans.

“Kent told me I had to break up with my lover [Ron],” Evans said in an interview with Besen for the book Anything But Straight. “It broke my heart and Ron’s. We were really happy together. The break up eventually drove Ron to drugs and despair. He died a broken man. It still hurts me to this day.”

Evans also lost his best friend, Jack McIntyre, who overdosed on drugs because he could not reconcile his faith with his sexual orientation. This story was first reported in Sylvia Pennington’s book, “Ex-Gays? There Are None,” and it was also featured on the PBS documentary “One Nation Under God.”

“It devastated the group,” said Philpott, who still preaches the “ex-gay” gospel. “It was like we failed. Here was a guy, we were meeting at his house, and now he’s dead.”

As a result of this tragedy, Evans reevaluated his work with Love in Action. He concluded that “ex-gay” programs were ineffective and dangerous. He soon became a crusader against the Frankenstein monster that he played a pivotal role in creating.

“I lost my lover. He went insane,” said Evans in the Anything But Straight interview. “And my best friend went insane and killed himself. I’ve seen the broken lives and…picked up the pieces. I see what a catastrophe it is when they see the ‘cure’ is not possible, and that means that they’re going to hell. People have actually gone crazy [over this].”

Evans is a towering figure for those familiar with ‘ex-gay’ history. Yet, his cautionary tale isn’t widely known because he left his ‘ex-gay’ ministry prior to cable television or the Internet. There just weren’t too many platforms for Evans’ to warn people about the destruction caused by “pray away the gay” ministries.

Evans’ friends and loved ones expressed their sorrow online. “Yesterday on January 18, 2015 we lost my best friend of 27 years,” wrote filmmaker Lisa Darden on her Facebook page. “Lowell ‘John’ Evans. One of the sweetest, kindest, most gentle human beings I have ever known. A brilliant artist, songwriter and humanitarian who helped countless people over the years with his life story. His partner, Danny, of 25 years and I are devastated. Such a huge loss! We love and miss you so much John.”

Love in Action eventually moved to Memphis, where John Smid ran it for decades. In 2014, Smid, who also renounced this ministry that has since closed down, married his partner, Larry McQueen (couple pictured).